CRUMLIN CLASSIC - The annual fundraiser for Crumlin Hospital was played on the 28th and 29th of August. 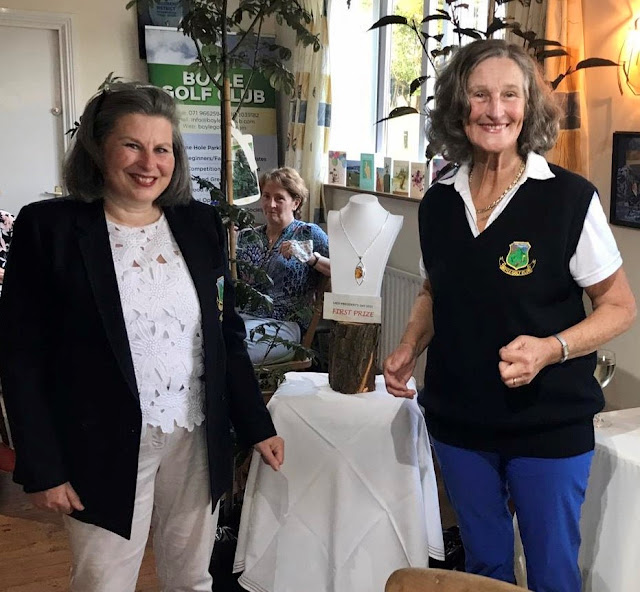 INTERCLUBS - Well done to Lewis Shaw’s Connacht Shield team who had a good win over Castle Dargan on Monday 23rd. Lochlann Conboy continued his great form with his 5th win away from home this year, partnered this time by Interclub newcomer Mark O’Donohoe. Jim Suffin and Brian Furey had an early win on the 14th in  Boyle, Gary Carty and Michael Simon had to go a bit further to hole 16 but always looked in control.

The matches were called in at this point but Karl Keenan and Paul Connolly had looked like they would provide a 4th win, having come from 3 holes down on the front 9 in Castle Dargan to being in front when they were called in on the 16th. The team are set to play Rosses  Point in the next round on Monday the 6th of September.

This week Sean Heslin’s Jack O’Sullivan Cup team play in the zone final against Tubbercurry, teeing off on Monday the 30th at 3.30.

1st place gets 120 euro, 2nd and 3rd 60 apiece. Entry envelopes are available at the clubhouse noticeboard or you can set up a direct debit for 10 euro per month