The Boyle round of the Holmpatrick Cup was played on Sunday the 25th of March. In first place were Shane Loftus and Paddy McLoughlin with 44 points, just pipping Michael Rush's and Michael Gilmartin's 43 points in to second place. Congratulations to Shane and Paddy who go forward to the county final. Third place went to Patrick Egan and Lorcan Egan, who also had 43 points.

Next weekend's competition is a Club Fundraiser Fourball Shambles open to all Ladies and Gents members of Boyle Golf Club. The competition can be played from Good Friday to Easter Monday inclusive. The club asks all members to support this endeavour to raise money to spend on course maintenance and improvements.

The men's weekly Thursday competitions resume on Thursday the 5th of April. In the same week the mens' section take on our neighbours from Ballaghaderreen in the first inter-club match of the year. This will be a first round match of the Connacht 9 Hole Clubs Championship which was established by the Connacht branch of the GUI last year as a competition to be played for between exclusively between the 9 hole clubs of the region. A number of our neighbouring clubs fall into this category including Ballaghaderreen, Ballinamore, Ballymote, Castlerea, Strokestown and Tubbercurry.

Posted by realboyle.com at 1:25 PM No comments:

RESULTS - An 18 hole Gents Stableford was held on Sunday the 18th of March, results to follow.

COMPETITIONS - Next Sunday, the 25th, sees the Boyle round of the Holmpatrick Cup for the Gents. This is played as a Fourball Betterball, with the winners proceeding to playing against all the other winners in Co Roscommon, and then to provincial level if successful. The winners in each of the 4 provinces get to play the final in St Andrews, Scotland. The Holmpatrick is a fundraiser for the National Council for the Blind, and marks its 85th year in 2018.

We are hosting a club fundraiser over the Easter weekend which will be played as an 18 hole Fourball Shambles. Members are asked to support this competition to help raise money for the works we hope to carry out during the year.


OUTING- If there are people interested in playing in the club outing on the 14th April to St Margaret’s, we would ask them to put their names down, the trip will be cancelled if there is insufficient interest.

THURSDAY COMPETITIONS - The mens weekly Thursday competitions will be starting again in a few weeks. These have been a very popular competitions over the years, usually taking the format of 9 hole competition for its first few weeks in April and early May, then lengthening to a 12 hole as the evenings get longer. It is a welcome sign of the approach of summer when we see a crowd waiting around the first tee-box at 6 o'clock on a Thursday evening.

A list for sponsoring the men’s weekly Thursday night competitions is on the noticeboard in the clubhouse. The club asks all men who play in this on a regular basis to consider putting their name down to sponsor one
Posted by realboyle.com at 4:57 AM No comments: 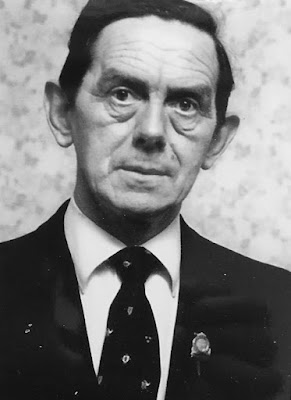 It is with great sadness that we learned this week of the sudden passing of Fred Perry. Fred was a former Captain and President of Boyle Golf Club, and at the time of his death had almost half a century of unbroken service with the Golfing Union of Ireland, including having served as President of the Union in 1982, a huge honour for both Fred and Boyle Golf Club. He remains the only member of the club to have served in this capacity. Fred served the GUI in several roles over the decades and was involved as referee when Rory McIlroy became the youngest ever winner of the Irish Close Championship in Westport in 2005. Fred was awarded lifetime honorary membership of Boyle Golf Club several years ago in recognition of his contribution to the game both here in Boyle and at national level. Fred's work ethic and desire to promote the game remained as strong as ever and despite being in his 85th year he remained active in the GUI and was due to chair a meeting of their constitutional review committee this week. An obituary has been published on gui.ie describing Fred's career in golf.

Deepest sympathies are extended to Fred's family and many friends.

Funeral arrangements for Fred are as follows: reposing at his residence at Carrick Road Boyle Monday 4.00pm to 7pm. Removal from residence Tuesday 1.30pm for service at Church of Ireland, Boyle at 2pm. The Club will hold a guard of honour on Tuesday at 1.30pm at Green Street (Credit Union).  Club Members are asked to wear club blazers or club/blue jumpers.

The Golf Course remained closed this past weekend and the Spring League was reduced to just two rounds due to the poor weather conditions. Congratulations to Brendan Gaffney, Vincent Egan and Moira Egan who are this years winners. Next Sunday, the 11th of March will see the start of the 18 hole Competitions with an 18 Hole Mens' Foursomes.

Posted by realboyle.com at 1:55 PM No comments: