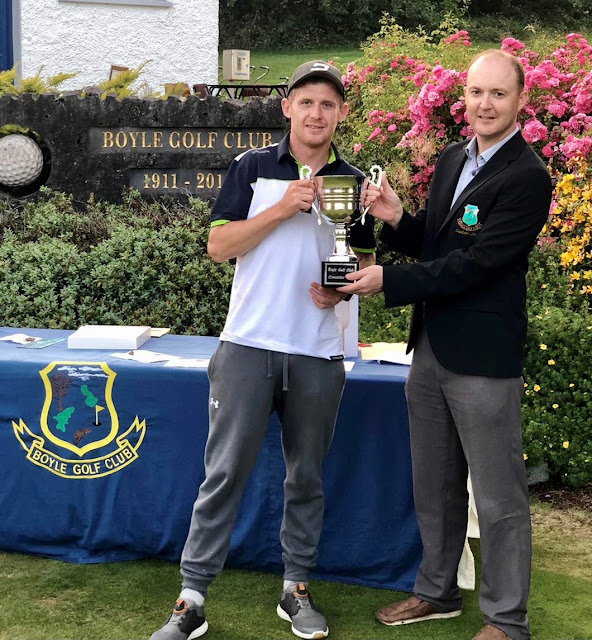 The Bart Moran Cup was won by Gabriel Lavin with a fantastic 48 points, Jim Suffin was 2nd with 47, 3rd was Mark Feehan with 44. Brendan Gaffney had the best gross score.

INTERCLUBS - Congratulations to Sean Heslin’s Jack O’Sullivan Cup team who had a resounding victory over Rosses Point this week, winning all 3 home matches in Boyle which clinched the win, while the 2 matches called in in Rosses Point were 1 up and level respectively. In the next round they take on the winners of Carrick On Shannon versus Strokestown.

Posted by realboyle.com at 4:36 AM